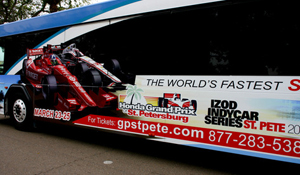 Spring Break Party.” And the annual Beer Breakfast kicks it off the morning of Sat., March 24th. If you aren’t there, you are seriously missing out!

It certainly offers spectators a lot for the price of admission, including this year a record 10 races.

“Race fans in St. Petersburg expect the best and so we’ve been hard at work securing the most entertaining lineup in racing,” said Tim Ramsberger, vice president and general manager of the Honda Grand Prix of St. Petersburg. “This year, our event will deliver the perfect mix of superstar drivers, fierce competitors and promising young talent.”

This entry was posted in Uncategorized. Bookmark the permalink.